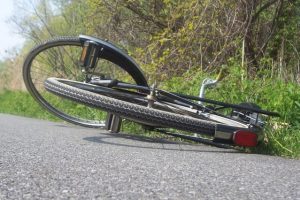 The many bike trails, dedicated bicycle lanes, and the surrounding Charleston area make bicycling a great way to get out and enjoy the beautiful South Carolina weather. Yet bicyclists are perhaps the most vulnerable drivers on the road. Shockingly, bicyclists and are more likely to be injured or die in a crash than occupants of motor vehicles. Although only 1% of all trips taken in the United States are by bicycle, there are nearly 500,000 emergency room visits for bicycle-related injuries and around 900 fatalities every year. Bicycle crash-related injuries are also responsible annually for $10 billion in medical costs and productivity losses. Tragically, many bicycle accidents are completely avoidable and are the result of motor vehicle drivers failing to follow the rules of the road or maintain proper awareness of the vehicles around them.

Guidelines for Motor Vehicles to Minimize Risk to Bicyclists:

If you have been injured in a bicycle accident involving a car, truck, or another motor vehicle, you should contact an attorney who is familiar with the types of issues that arise in such accidents. An experienced attorney can help ensure that your rights are protected and that anyone who may be liable for your medical expenses and other losses is held accountable. The Law Offices of Richard Hricik has represented numerous individuals who have been injured in bicycle accidents. Richard Hricik is familiar with numerous common aspects of bicycle accidents involving motor vehicles, including aggravating factors such as distracted driving, texting, failure to observe traffic laws, and driving under the influence. He can build a case to help ensure that you obtain a fair settlement.

What Our Clients Say

"We were BOTH very satisfied with the outstanding service and monetary outcome."
Dorothy “Dot” A. *
Read All

YOU Are Not Alone!

Committed to Our Community!

EDUCATING
On the dangers of Distracted Driving and more!